Qualifications
You don't need any specific qualifications to become a motorcycle courier – other than the ability to ride a motorcycle and a clean, valid driving licence. Most of the time, you will need to own your own motorbike to use for delivering items. Having a good working knowledge of the roads in and around the local area (and further afield) is beneficial to avoid wasting time on the delivery front.
You can become a motorcycle courier at seventeen, but most courier companies prefer motorcyclists who are aged twenty-one or over as they tend to have lower insurance premiums than their younger counterparts.
If you want to gain a specific qualification, you can study for an NVQ Level 2 Carry and Deliver Goods qualification. Another option is an NVQ in Customer Service. Neither of these are mandatory for getting a job as a motorcycle courier, but they can help. 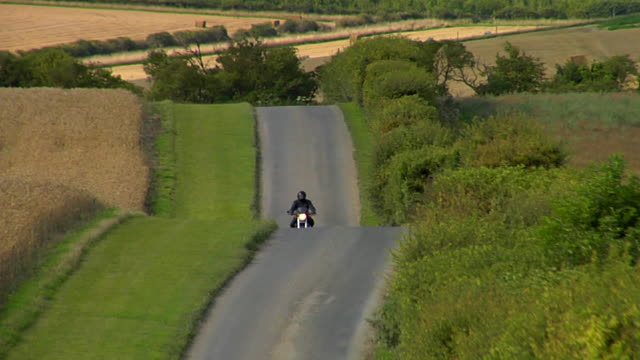 Earning Potential
Most motorcycle couriers work in large cities in which traffic congestion is a particular problem when it comes to delivering items quickly. In areas with less traffic problems, delivering items by car or van is much more acceptable, as items are unlikely to be held up as much. The typical earning potential for a fairly experienced motorbike courier in the London area is around £23,000 per year, although this is not set in stone. It is worth bearing in mind that some of this will need to go towards petrol, maintenance (including MOTs), road tax and insurance.
You can be employed by a courier company, or you can be self-employed. The latter gives you greater opportunity to set your own hours, but there is no guarantee on the salary front. This means that much will depend on your working hours.
A general starting salary is somewhere between £10, 000 and £12,000 per year. As you gain more experience, salaries rise to between £14,000 and £20, 000 per year. Some companies offer an added bonus for delivering a certain number of parcels or working a certain number of days in the year. This is paid on top of your basic salary.
As an average working week, you can expect to work between 40 and 48 hours. Depending on the jobs available, you may be expected to work during the evenings and weekend, as well as during the day. If you prefer not to work full-time as a motorcycle courier, part-time jobs are often available.