Posted by Dave Morris on Saturday, October 27, 2018 Under: Guest Motorcycle Articles
A motorcycle can be defined as a mode of transportation. It is a two-wheeled vehicle that derives its power from a petrol engine. They are one of the cheapest and extensively used forms of motorized conveyance in most parts of the world. A motorcycle is operated by a person who sits with a leg on each side of the vehicle on a seat with his hands on a set of handlebars. When the bike is at rest, the rider puts both feet on the ground. There are foot pegs to support the feet while riding the motorcycle. A motorcycle is easy to control and convenient to maneuver. A motorcycle engine is usually large and the speed is controlled with the help of a throttle on the right-side handlebar grip. 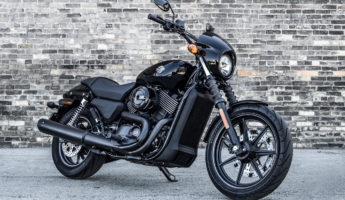 Motorcycles have been around since 1885. Former models were large, bulky, and slow and had poor handling capabilities. A variety of motorcycle models are showcased by manufacturers. This range varies from high-speed cruiser bikes to rapidly accelerating sports bikes. Another addition to the range of motorcycles is Small Motorcycles.
They are a miniature version of regular motorcycles and suitable for entertainment purposes. They are considered as an advanced plaything that is exciting for all age groups. Small Motorcycles are strong and sturdy. The machine incorporates a 4HP Engine that may take the driver up to speeds of 22 miles per hour. An advanced version of chain system used in them is known for its reliability. Hand and pedal brakes are fit in for safety and precision braking. Safety is a major concern as most small motorcycle owners would be in the 7- to 14-years age group. A stop switch is provided on the handlebar that immediately cuts off the engine in case of any mishap.
Small motorcycles are a fun way of teaching young children the rules of safe driving and providing the thrill of riding.