Posted by Julie Firth on Sunday, March 24, 2019 Under: Guest Motorcycle Articles
When you're out and driving, there's nothing worse than getting in an accident. Whether it's just a fender bender or a windshield-cracking, door-shredding crash, accidents are horrible things to witness and worse to experience. If you're on a motorcycle, accidents become even worse. More than three thousand motorcycle accidents resulted in death last year in the United States alone, and the numbers are just as terrifying in the United Kingdom. With nothing between you and the other vehicle to absorb the impact, motorcycle accidents can be much more injurious than those sustained in a normal car or truck. 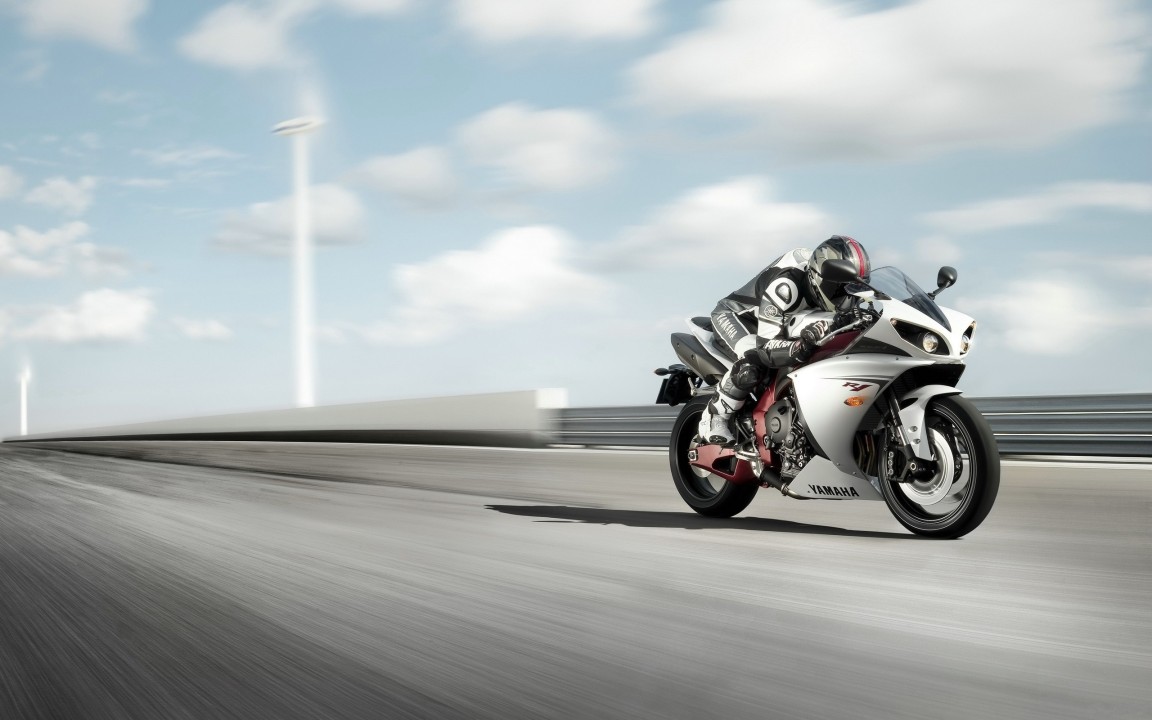 Motorcycle accidents are sometimes caused by poor maintenance--because a motorcycle only has two wheels, it is inherently more unstable than cars or trucks, and requires more careful maintenance to ensure safety out on the road. A slightly misaligned tire can result in a fatal crash, as can an engine or brake failure, so always make sure your motorcycle is in top shape.
Also, check the tires themselves. If you leave your tires too long without getting them replaced, the treads can wear away. These bald tires can lead to fatal motorcycle accidents, especially in snowy conditions or on wet roads where bald tires are more likely to hydroplane. Have your mechanic check your tires and make sure they're still good to ride on.
Bad roads can lead to fatal motorcycle accidents as well. The government can only repair so many roads at a time, and some roads go for years without ever seeing the attention of a road crew. These roads can be treacherous enough to normal cars and trucks, with loose gravel and big potholes that can swallow a tire whole. If you're on a motorcycle, that pothole can flip your motorcycle over and throw you onto the street, so you have to be a lot more careful. On bad roads, slow down and keep your eyes open, and avoid otherwise very painful motorcycle accidents.
There are plenty of other conditions which may lead to bad motorcycle accidents. Watch out for debris on the road - a nail in the tire at sixty miles and hour could lead to a potentially fatal blow-out. Also, sometimes things get spilled on the road - say a truck has an oil leak and is spilling oil onto the road as it drives. Oil isn't the most friction conducive material it's possible to put on a road, and driving over a patch could lead to a slide out and loss of control over your motorcycle. Watch for dark patches on the road that indicate spilled oil.
Then there's ice. With as much rain as Britain gets, ice is fairly common whenever it gets cold, and when it's present you have to be especially careful. In a car, a spinout could lead to ending up in a ditch. In a motorcycle, loss of control usually leads to a motorcycle accident - at the best, bruises or broken bones, at the worst, death. The human body isn't made to slam into asphalt at sixty miles an hour, and won't react well if it does. If there is ice on the road, drive slowly and very carefully, and you'll come through all right.
Alcohol and drugs, of course, are an obvious problem. They impair judgment and turn otherwise good drivers into dangerous ones - the only good part of driving a motorcycle drunk is that when you crash you probably won't take anyone else with you. The bad news is, you'll still be just as dead. Sleep deprivation is nearly as bad, so make sure you're always well rested before driving. Remember, because of the small size and low profile of motorcycles, drivers of cars will have a harder time seeing you. The responsibility of safety is up to you, so take it seriously.