Posted by Howard Trott on Saturday, April 20, 2019 Under: Parcel Courier
Parcel Courier North Wales. For most business requirements your average parcel courier will be able to handle your entire business parcel needs. If you have the odd item that is of a higher value than you would normally send, then you may have to take out extra insurance to cover that item in transit. 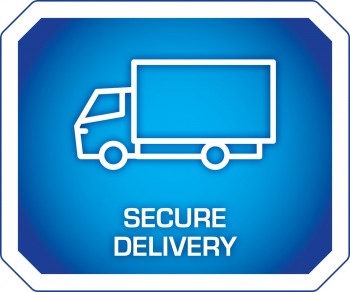 However for some businesses, such as those handling large amounts of cash or other high value goods, a normal parcel courier will not be up to the job in terms of the security needed. They may offer parcel tracking and know where their motorcycles are at anyone time, but their motorcycles will not be built to cope with an armed attack, nor will their staff be trained to handle such a situation. In addition it is unlikely that their staff will have the security vetting that you would wish for when transporting such goods.
If you need to transport high value parcels, then you will need to look at using one of the more specialised security couriers, who are commonly seen taking money to and from banks and cash machines.
These types of couriers are used to dealing with handling cash and high value parcels in a highly secure manner. Firstly the vans they use to transport high value goods parcels are fully armoured and built to withstand an attack.
Their staff will wear personal protection, and will have been trained in security awareness and self-defence, although they are only armed in certain countries in the World. They will also be security vetted.
In addition their routes are planned in detail, and they are tracked via GPS very differently to a normal parcel courier. They will actually be watched from a control room in real-time. If for an example they stop too long in one location, then their control centre will alert the police if the driver does not respond to a radio call. In addition they will use keywords on radio calls to establish if a driver is replying under duress.


Copyright Spartan Motorcycle Couriers 2016 - If you are looking for a commercial cleaning service or a security guard, please visit our other websites: Spartan Commercial Cleaning - Spartan Security Guards